Our Path To Trouble 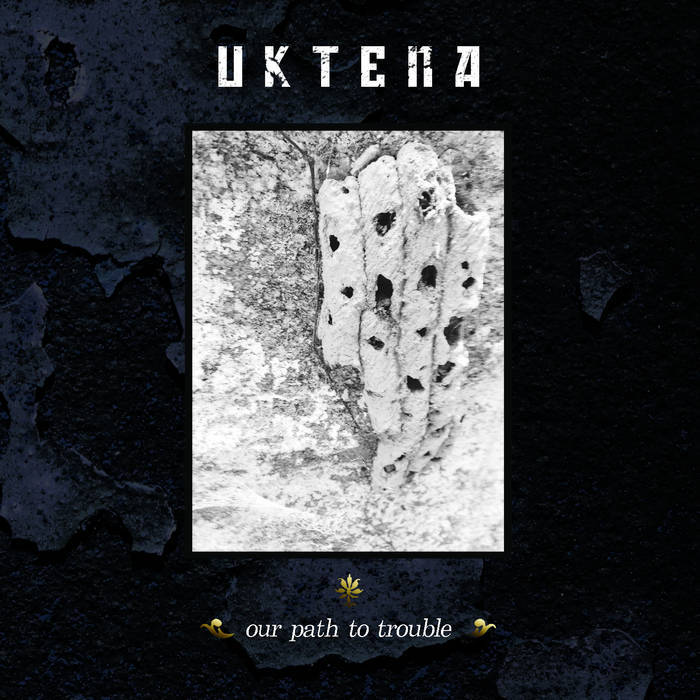 "Starting a new band is not something I really thought I was gonna do. For many years you know I’ve sort of avoided it, I like playing on my own, I like playing with other bands backing me up.
USX (aka U.S. Christmas) such an important band in my life, I’ve just never really wanted to be one of these guys that’s in a bunch of bands, but I tell you it has been good, it got a lot from me, we fit together real well, as people being the most important thing. The recording that we’re getting ready to release through Hypershape is in part a look at the past and present, you know. It came at an appropriate time, the idea to use some spoken word, some samples, this all comes from bands you know like Buzzov*en, Eyehategod, Entombed and some other bands that are really wicked in terms of guitar too.
The guitar approach sort of switched from what I’ve been doing, John Trudell also has a part on it with some spoken word samples, he was a Native American author, poet and political activist. During most of the 1970s, he served as the chairman of the American Indian Movement based in Minnesota.
And at the time of the stuff in Standing Rock, and all the stuff that recently happened in America, as a student of history, I know the history of native Americans, in words John Trudell says is a certain time, truth about how we look at ourselves, how we look to the natural world in this planet and each other so I hope that his message can come and blend with ours.
The energy.
The wildness.
Freedom.
And just the recklessness.
And I think that’s just part of human beings,
are part of everybody and everybody can feel them.”